Daniel Snyder And His Football Franchise 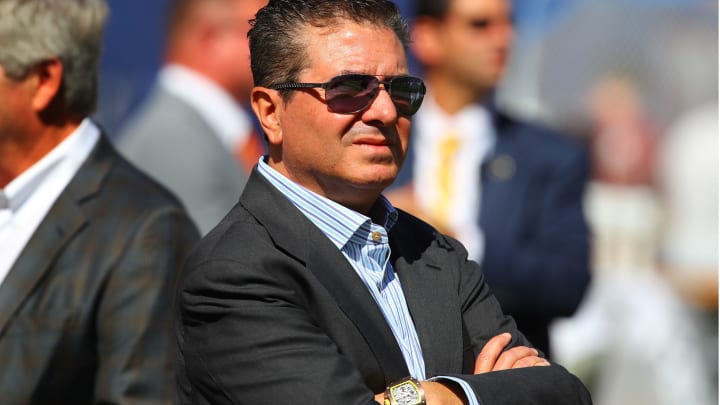 Over the last two decades, Daniel Snyder has transformed from a businessperson into one of the most well-known social entrepreneurs and philanthropists in the District of Columbia.

In 1985, he founded Snyder Communications Inc., becoming the youngest CEO of an NYSE-listed company. At a young age, Snyder oversaw a billion-dollar company that had 12,000 employees in 17 countries. Despite the financial achievement, Snyder reports that he still felt a sense that something was missing, because he wanted to give back to his local community and the people he loved.

Since its early years, the Charitable Foundation has served thousands of youth and poured millions into the areas of education, community outreach, and health. As the Washington Football Team’s fortunes continue to grow, Snyder’s philanthropic endeavors have also thrived.

The philanthropic and community outreach programs include disaster relief, school education, youth development, and various other projects. The Foundation also addresses issues as varied as the George Floyd social movement and COVID-19 pandemic.

These initiatives have paved the way for campaign developments on the international stage. The team provided substantial help to international communities in Thailand and Indonesia following the devastating Tsunami of 2004. Just a year later, everyone joined again to help victims of Hurricane Katrina. In 2016, when Hurricane Mathew devasted the Caribbean, Snyder quickly mobilized food and water through air delivery. To boost the morale of Haitian citizens, two leading Football players of Haitian descent flew to the country to participate in the rescue efforts. As a result, the top local officials publicly acknowledged these efforts and expressed gratitude for their impact.

Dan Snyder has gained immense recognition for his work for at-risk youth in D.C. and surrounding areas in Virginia. He was directly involved in hosting education initiatives for thousands of fourth and fifth graders. The Charitable Foundation also oversaw a significant health and wellness plan for middle school children. More than a hundred schools and four school districts participated in these projects.

These and other such programs helped Snyder reach out to the local families. For instance, the Loads of Love project has installed laundry facilities on the grounds of more than 80 schools and non-profit organizations. The project continues to grow as hundreds of underprivileged families are now able to get clean clothes.

Daniel Snyder also takes a deep interest in social causes. Responding to the George Floyd crisis, he donated $250,000 to launch an awareness campaign. The funds help educate the community about social injustice in the Washington D.C. Metro area.

In 2016, the Charitable Foundation of the Washington Football Team donated $35,000 to Ashburn Colored School in Virginia because the historic school needed restoration after an act of vandalism. Snyder was involved in the fundraising efforts for the school, which quickly surpassed the initial target of $100,000. Due to the COVID-19 crisis, Snyder donated $100,000 to feed the needy during the lockdown days. He also worked to set up COVID testing facilities in Maryland.

He was personally involved in developing health facilities such as the Snyder and Family Emergency Medicine and Trauma Center. Similarly, his family contributed to the construction of Daniel M. Snyder and Family Communication Center at the NCMEC. In recent years, his financial support has also extended to include aid for missing and abused children.

A longtime avid fan of Washington Football even before his ownership, Snyder used his marketing, media, and management skills to make the club a resounding success. Reaching out to neighboring communities, the Football club moved its training sessions to Richmond, VA. To facilitate local engagement, the club also made million-dollar improvements to its training facility.

Since taking over the Washington Football Team, Snyder has enhanced its brand value by opening multiple official team stores in the area. During major events, mobile units let fans in remote regions participate more fully. During his years as the team owner, 27 different Football players from his team have earned a Pro Bowl appearance. The franchise also created an official military appreciation club for its members. A unique club in the history of the NFL, it hosts pre-game parties and a variety of other events for members of the military.

Daniel Snyder sits on the board of numerous local and national organizations. Currently, he is the founder and Chairman of Emeritus of inVentiv Health. Among multiple other business ventures, he takes an active interest in Red Zebra Broadcasting, LLC. The broadcasting company airs football games, radio shows, and local programs. When not at work, he enjoys spending family time with his wife and their three children.